Virtual reality games have been available for quite some time but developers have never been able to make these games accessible for the masses or advanced enough to appeal to a wide audience… until now. In the technological era, video game developers and designers have managed to take advantage of enhanced graphics, special effects and more to create the perfect gaming environment. And while first-person shooter and sports games may have been incredibly popular in the past, virtual reality gaming may be about to become the biggest market of them all.

If truth be told, there are many aspects of the virtual reality gaming experience that will appeal to gamers from all over the world. Firstly, people like to be in control of their games. For gamers, the main objective is usually to win – whether that’s a football game, team strategy or something completely off the map. As technology has improved, developers have been able to give users the opportunity to control their own destiny. The Nintendo Wii wasn’t quite the same but consoles like that and the popular Xbox Kinect helped to bridge the original gap between console gaming and the new-and-improved virtual reality.

VR for work. #VR for play. We power virtual reality. #SVVR attendees, see it in our demos! https://t.co/dHxXT2ClxGhttps://t.co/GLVPJ6fdrn

Who knows, one day they may even have virtual reality equipment for online and mobile casino games, such as those at Smart Live Gaming. That way, developers could make online establishments feel even more welcoming and almost a carbon copy of land-based casinos in Las Vegas. The world is developing at a rapid rate and online gamers must move with the times if they are to reap the full benefits from the enhanced and exciting virtual reality gaming experience – especially as these games will eventually become the pinnacle of all video gaming.

And with more and more gamers starting to stream and record their videos and experiences, it’s only a matter of time before virtual reality becomes the leading force in the gaming universe. While it still remains a little too pricey for your stereotypical gamer, the addictive and exciting nature of VR will continue to appeal to existing gamers but will also attract newbies – particularly as the concept of controlling your own experience directly is much too great. After all, we all want to win and there’s no better way to guarantee success than by adapting your VR experience to suit your own needs. 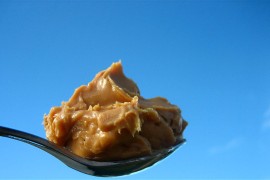