The Kentucky Derby is done, and next up on the racing calendar is the Preakness Stakes. Will the winner be a familiar face from the first leg of the Triple Crown or will a new thoroughbred prevail? Could Always Dreaming, the winner at Churchill Downs, be standing in the Winner’s Circle yet again when the dust settles?

Here is a look at the top contenders to win the Preakness this coming weekend, as racing fans wait to see if the Triple Crown dream will be in play for the Belmont Stakes.

The winner of the Kentucky Derby, Always Dreaming, is the odds-on favorite to win the Preakness. Experts cite his speed and endurance, especially at long distances.

According to the Bleacher Report, his Kentucky Derby run was a “perfect race.” After a fast start, he stayed out in front, lead into the turn and raced down the stretch. The shorter course at Pimlico will make even more of his strengths.

Though just a fourth-place finisher at the Derby, Classic Empire is also touted for the Preakness. He has completed preparations for the race, good news for race fans. Right after the Derby, it wasn’t clear if he would run, since he suffered slight injuries to his eye and legs.

Irish War Cry was a favorite to win the Kentucky Derby this year, but finished tenth. He is a strong runner, with great perseverance. He is expected to make a better showing at the Preakness.

At very long odds, Lookin at Lee finished second at the Derby. His owners, pointing to his steady rhythm and gamesmanship, feel he has a good shot at the second leg of the Crown.

Lookin at Lee has won just twice in ten races, but he is flexible during the race. Experts say he is good at hugging the rails and handling close quarters.

Gunnevera finished seventh at the Kentucky Derby. His fans feel he didn’t show what he can do, due to the and the wide turns at Churchill Downs.

Better conditions are predicted for the Preakness, and Pimlico has the tight turns that the horse prefers. His trainers say he has a good shot at beating Always Dreaming and the rest of the field.

Two other horses are often mentioned as strong contenders:

Why the Fascination with the Triple Crown?

The Triple Crown refers to winning the Kentucky Derby, the Preakness Stakes and the Belmont Stakes, in a single calendar year. Even non-race fans have heard of these three races, which take place in May and June respectively.

It’s not an easy accomplishment. Just 12 horses have won the Triple Crown all-time. The last was American Pharoah in 2015. The horses, all three-year-olds, must run each race. Since they all occur within about a six-week period, they need endurance and resilience to make all three.

But each track is different, requiring specific assets. For example, Belmont has a 1.5-mile track, much longer than both the Derby and the Preakness. Kentucky Downs has wide turns, while Pimlico’s are tight. 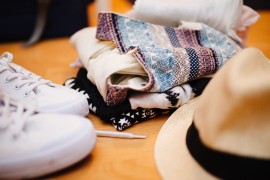 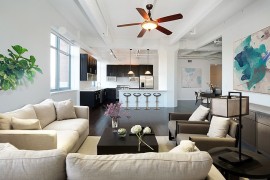