I could probably talk about the health and environmental benefits of riding a bicycle for hours, and most of it would be common sense. Instead, let’s talk benefits from a financial point of view. An average vehicle costs about 80 cents to operate per kilometer, and that isn’t taking into account the costs that come with maintenance and replacing parts, which can cost anywhere from a couple of dollars to several thousand for more serious part replacement and repairs. Oh yes, and then there’s the initial cost of a brand new vehicle, registration, and so on and so forth.

Conversely, a brand new, quality bicycle costs a fraction of the price of a vehicle. You can do most, if not all of the maintenance and repairs by yourself, and bicycle parts are quite affordable. Riding a bicycle to work doesn’t have any operating costs, except muscle power, which can in no way be seen as a negative thing. Moreover, you don’t have to be all that “bike-savvy” to know all there is to know about bikes and their parts, so even if your bike needs new parts, you can look them up and install them yourself with the help of the internet. Simply put, simple is sometimes better. Cheeky, I know.

All bicycles are made up from several integral parts, and understanding what role each and every one of them plays will be of great help when the time comes to replace the ones that break down to wear and tear. Some basic understanding will allow you to make well-informed buying decisions that will bring incredible value for your money. 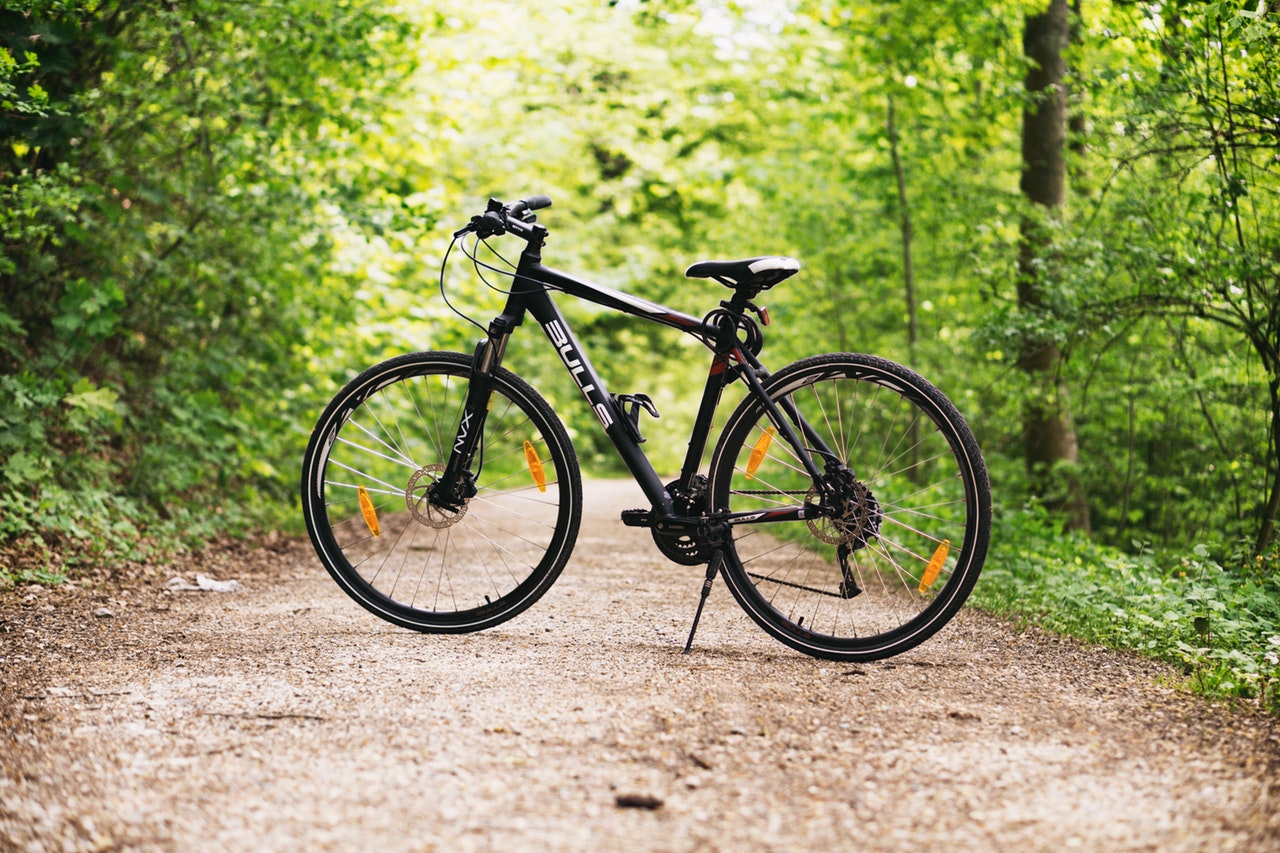 If you’ve ever ridden a bicycle, you probably know that brakes are the bicycle parts that usually wear down first. There are dozens of different types of brakes, but the ones that you need to care about fall under two basic categories – disc and rim brakes.

Rim brakes feature brake pads that use the rim of the wheel as a braking surface by compressing against it. They’re commonly used on city, road and BMX bikes and their main advantage is their simplicity and their light weight. There are a couple of different types that fall under this category, but the most commonly used ones are cantilever and caliper brakes, both which have their own pros and cons, depending on the type of riding you participate in.

Disc brakes, on the other hand use a circular metal disc which is mounted on the hub of the wheel instead of the rim itself. By squeezing the brake lever, you apply the pads to the rotor of the disc, thus slowing down the bike. Disc brakes can be either hydraulic or mechanical. The mechanical disc brakes utilise caliper pistons which are activated with a cable, and the hydraulic ones utilise a hydraulic brake fluid in sealed hoses that move the pistons and the pads.

The second most replaced of all bicycle parts are the pedals. Oftentimes, pedals feature toe straps or clips, allowing cyclists to connect their shoe onto them so they can get more power out of each cycle. Most bicycles have simple, flat pedals, but you can also find quill pedals that feature parallel plates which are extended from the main axle. There’s not much more to pedals than the aforementioned, as they’re quite simple by design.

The chainring is round part that’s connected to the cranks which pull the chain. The size is usually expressed in teeth (the amount of spiky teeth the chainring has) and it plays a huge role in your bike’s gearing. If the time comes for you to replace your chainring, you need to ensure the new one you get is the same size as your old one. Generally, chainrings are made of steel, titanium, carbon fiber and most commonly aluminium alloy. They’re easily replaced, but there are some bicycles that have them welded onto the crank arm, so you can’t remove them at all. The ones that you can replace though, are replaced by removing the bolts. 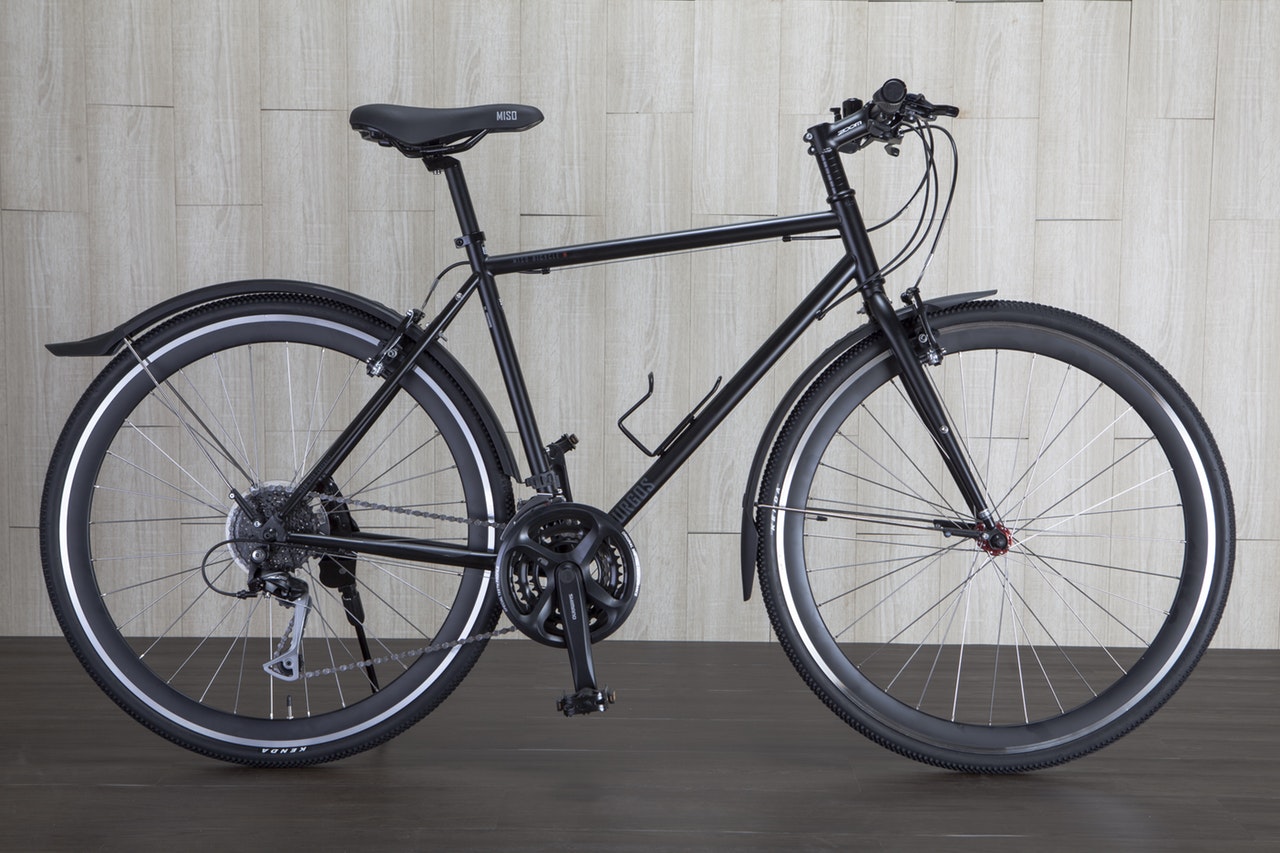 It doesn’t take a broken down seat for it to need replacing. You just might buy a bike with an uncomfortable seat that you want replaced as soon as possible. Seats are made of 4 basic parts: a suspension, a cover, rails and a shell. The suspension helps nullify vibration, the shell is what shapes the seat and the seat post is the part that helps adjust the height of the seat. For recreational purposes, and commuting back and forth to work, the cover of the seat should be cushioned so that you get maximum comfort.

The tubes on recreational and road bicycles are usually thinner than the tyres used on mountain bicycles, for example. Tyres are classified as either clincher or tubular depending on how they’re attached to the rim. Most bicycles use tubed tyres which feature a completely separate inner tube made of butyl rubber or latex that serves as a barrier inside the tyre. Clinched tyres feature a wire which interlocks with the rim’s flanges. Tubular tyres, on the other hand have a circular, shallow, outer cross section where the tyre lies.

The dimensions, geometry and design of the handlebar plays a huge role in your bicycle’s maneuverability and how well it fits you. The handlebar should be ergonomic, and in order to achieve an ergonomic status, it needs to be the right width, rise and backsweep. There is no universal handlebar that fits all riders, so you have to see what you’re most comfortable with by trying a couple of different ones. However, the most common handlebar sizes are 26mm and 31.8mm (considered over-sized). 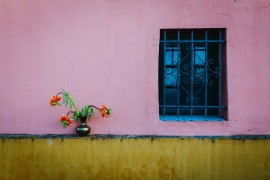 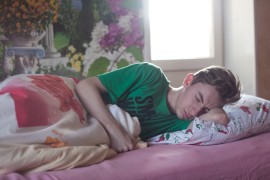