The Dow Jones Industrial Average (DJIA) is a major U.S. index alongside the S&P 500 and Nasdaq Composite, and is one of the world’s oldest stock market indices, having first been created near the end of the 19th Century. Comprising 30 of the largest and most influential companies in the United States, including renowned companies such as Apple, Caterpillar, Nike, and Walt Disney, the index is closely monitored by traders from all over the world. It is considered a key benchmark for measuring the health of the U.S. economy.

In 1882, the Dow Jones & Co was founded by Charles Dow, Edward Jones, and Charles Bergstresser, this index had to represent the most active economic sectors in the U.S., so at first, it consisted of transportation companies. It was only in 1896 that Charles Dow decided to create the Dow Jones Industrial Average (DJIA) index as we know it today, by splitting transportation and industrial stocks into 2 different averages.

The DJIA is a strong indicator of the U.S. economy. Most of its listed companies operate in the industrial and consumer goods sectors. Today, the 5 most significant companies ​​are 3M, Apple, Boeing, Goldman Sachs, and UnitedHealth Group.

Unlike the S&P 500, which is weighted according to the market capitalisation of its stocks, the Dow Jones is calculated by the value of its components. Any movement in the prices of its largest stocks will therefore have a significant effect on the overall value of the index. The Dow Jones is therefore not considered the most accurate representation of market performance, as it is a price-weighted index, meaning higher-priced stocks have more influence over the average than lower-priced ones. The S&P 500 is seen as a more accurate indicator of U.S. economic performance, as it lists 500 companies representing about 80% of U.S. market capitalisation, making it significantly more diversified than the Dow Jones.

To stay updated on the Dow Jones and other stock indices and take advantage of price movements, turn to leading CFD brokers such as the UFX index trading platform. Make sure to keep an eye on the economic calendar as some statistics can strongly influence the markets and increase volatility. Be attentive to changes in monetary policy made by the Fed as they can have a major impact on the U.S. stock markets by determining the cost and availability of funds in the economy. 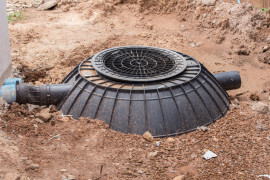 Septic Tank Emergency: How to Spot It and What to Do about It?
Civil War Sites Still Worth a Visit 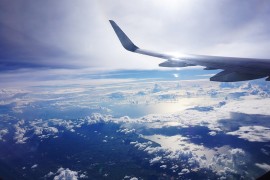