Whether you are studying a military history degree or just have a keen interest in either American history or military battles, there are a wealth of sites that you should visit. The American civil war is a huge part of American history and despite being long over, finishing in 1865, the issues that led to this historic war are still very relevant today. The Civil war decided what kind of country America would become, both morally, with the Northern win securing the end of slavery, and physically, allowing it to remain as one nation, instead of dividing up into states. However, amazingly, these are still issues today. Slavery is still present across the globe and treatment of minority groups is far from equal. This makes this the best time to visit the sites of epic civil war battles, to remind ourselves of what has come before, and of what can happen when a nation is divided.

Fort Sumter was home to two massive battles during the American Civil war. The first battle began on April 12, 1861, when the Confederates fired on the Union across the unfinished fort. These were the very first shots of the war, which would continue for four years, so this is the place to visit if you want to learn more about how The American Civil War began. The second battle, in 1863, was a failed campaign by the union, attempting to take back the fort they had lost two years yearly.

Nowadays, Fort Sumner is a national monument. It’s home to exhibits and information about the war. The Fort is only accessible by boat, but guided tours run throughout the day.

The battle of Shiloh was a six-month battle for the vital railway junction at Corinth. Following their victory, the Union Marched on to take Corinth itself, before later holding back a counter attack. The military park today homes the town of Shiloh while maintaining the battleground itself. There’s a visitor center, monument, cemetery, and a Confederate Memorial to see.

The battle of Antietam saw the end of General Robert E. Lee’s first invasion of the north. The site is now home to the Antietam national cemetery, where soldiers from the civil war, Korean Kar, American-Spanish war, both world wars, and their families, are buried. There is also a visitor center, with exhibits and history from the war, and the Pry House Field Hospital Museum. The hospital museum shows period medical treatment of wounded soldiers and explains how this changed and developed as the war raged on.

This site is a must for those studying an online military history degree from Norwich University, and for anyone with interest in the Civil war. The battle of Gettysburg is one of the most well-remembered battles of the war, as it saw the most casualties and was one of the biggest battles of the time. The site is rich with history and information, a great place to both learn and remember.

History is a huge part of travel. There’s so much to take in and learn about all over the world. Start with American history, then get out there exploring!

What Factors Influence the Dow Jones Index?
Do you dream of visiting the land down under? 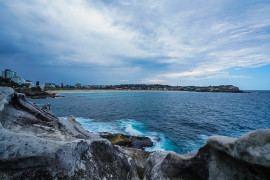