Shirdi, in Maharashtra’s Ahmednagar district, is the most sacred place for Sri Sai Baba’s devotees. Its importance as a holy place is not only because of the many religious or historical sites that are found here but also because of the air here that calms the soul and soothes the heart. If you’re headed there soon, then don’t miss out some of the best places to visit near Shirdi mentioned below. Remember, if you plan in advance you can get a discount on Shirdi hotels booking and save a great deal of money.

The last remains of Sri Sai Baba are housed in Sai Baba Mandir, or Samadhi Mandir, as it’s popularly known. The temple is believed to be constructed by a millionaire devotee from Nagpur called Shreemant Gopal Rao, and he has spared no expense to show his devotion as is evident from the white marble exterior. Between two huge pillars are railings full of ornamental decorations. Perhaps the biggest eye-catcher would be the Italian marble idol of Sai Baba built by Balaji Vasant. The temple’s first floor is a depiction of the life this great saint through many paintings. Visitors are allowed in as early as 5 AM when the Bhoopali, the morning song, starts until 10 in the night when the Shejarati is sung. It is kept open overnight on special occasions. On Thursdays and other festival days like Ramnavami, Dussera or Gurupoornima, the saint’s picture is taken out on a Palakhi. This temple, with Baba’s last mortal remains, should be a must-see on every devotee’s list. 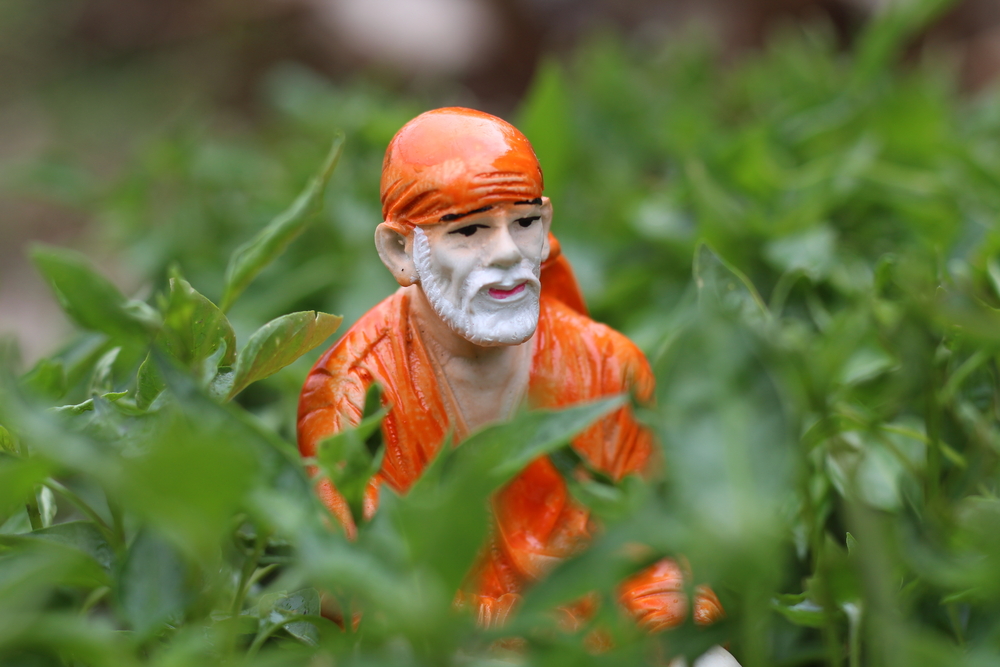 As the name says, the Shri Saibaba Sansthan Temple in Shirdi’s Pimpalwadi Road is one of the most significant and famous shrines devoted to Sri Sai Baba. It’s like any typical temple you would imagine: with donation counters prasad lines and darshan lines. Sai Baba’s position is set on a golden throne with a gold mukut on his head. You can buy entry passes online, with the option of choosing a shorter queue for a slightly higher price. Try to avoid public holidays and Thursdays as the temple is usually very crowded then. There are also good accommodation options for people coming in from far.

Ever since Sri Sai Baba took shelter in a chavadi one stormy night in 1909, he started spending alternate nights here ever since then. This place is greatly responsible for the origination of Baba’s formal worship in the form of night and morning aarti. The place is still maintained today, and people from far and wide come to see the seat on which he used to spend long hours on and the spot where he was last bathed before his funeral. There is also the wheelchair from when he had asthma and the Raj Upachar photo – a framed picture of Baba sitting cross-legged on a silver throne. Only men and boys are allowed into the area where Sai Baba used to sleep.

The Dwarkamai Masjid is where Sai Baba spent most of his years. Fire is still lit, and ash from it is considered divine and given to devotees. Here you can also find the stone where Sai Baba used to sit. The mosque brings out powerful devotional expression in even the most

Gurusthan literally translates to ‘the seat of the teacher’. At the very spot where the world first saw sixteen-year-old Sai Baba – under a neem tree – is Gurusthan. Here is now a Nandi Bull a Shivalingam. Devotees light incense sticks day and night in the hope that it will cure them of all their ailments.

Shirdi is not only the abode of great saint Sai Baba but also a town full of compassion, warmth and kindness. It is visited all year round by people from various countries, ethnicities backgrounds and religions. Shirdi hotels booking is best done online and well in advance to avoid the rush and for peace of mind to thoroughly enjoy the gems this town has to offer.