For seasoned travelers, Africa is the big one. While almost every other continent on earth has been developed to the point where concrete outweighs dirt, countless African countries retain some of the most breathtaking sites of untouched natural beauty you can find anywhere. As you can imagine, traveling to Africa isn’t going to be quite like any other trip you’ve ever taken. Here are a few helpful pointers for your first time…

Yes, the equator cuts right through the heart of Africa, and there are places in Kenya that feel like you’re only a couple of miles from the surface of the sun! However, not everywhere in Africa is scorching hot all year round. Two popular stops, Mt Kenya and Mt Kilimanjaro, both get cold enough to have glaciers and ice caps. Even savannas and desert regions can get dangerously cold during the night, and with temperatures getting as low as -10C. There are also ski resorts scattered throughout the mountain ranges of Morocco, Lesotho and South Africa. Yes, there’ll probably be ample t-shirt weather, but if you’re planning to see a lot of the continent make sure you pack some winter wear!

If there’s one thing that we all know about Africa is that it’s home to some seriously scary wildlife. The very word “Africa” probably conjures up all the sights of your standard big game reserve: lions, crocodiles, hyenas, mandrills, etc. Of all the animals you’re going to encounter on your trip, however, hippos are the ones to watch out for. It may be hard to believe, but these large, plodding animals are one of the biggest killers in the continent, coming right under mosquitos. Hippos are often unpredictable and ruthlessly aggressive, and are most dangerous in the dry season when food and water becomes scarce. Be sure to stick with a guide, and keep your group as large as possible when you’re entering hippo country. The one thing you should never, ever do, is get between a mother and her calf. This goes for pretty much any animal to be honest!

The huge range of tribes, ethnic groups and cultures in Africa, not to mention centuries of European and Arabic colonialism, mean that you’re going to encounter a wide range of languages. Fortunately, English is very widely spoken, particularly in the sub-Saharan regions where there’s a lot of Western tourism. Having said that, there are many areas in central Africa and the West coast where French is the most common colonial language, and you’ll be hard pressed to find anyone with a good command of English. Try and find out about the cultural climate of the places you’re planning to visit, and learn a few common French phrases if it’s necessary. As always, no one’s going to expect you to speak the country’s language fluently, but they’ll appreciate you having a go, so you may even want to learn a few phrases from whatever tribal languages you’re going to come across. 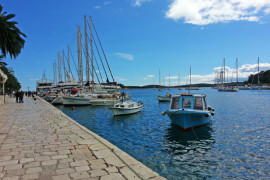 Packing for a winter escape on a yacht 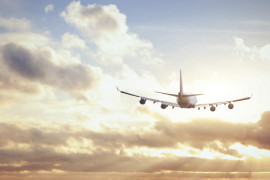 3 Reasons Why You Need a Luxury Holiday

5 Holiday Destinations for Those on a Budget 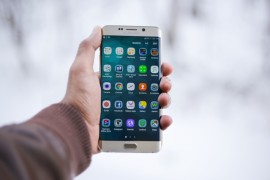 Develop An App Your Customers Will Love!
Top Tech For Music Lovers 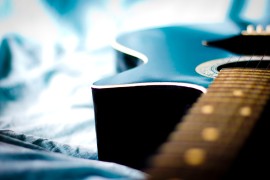