Few seasoned travelers would argue that Paris is one of the coolest cities on the planet. The home of Parisian chic, French New Wave Cinema and some of the most laid back people you’ll ever meet, there is much more to Paris than fine dining and the Eiffel Tower.

If you want to have a really cool time in Paris, check out this list of fun things to do in the City of Love:

Paris may be a thoroughly modern European city in many ways, but it is also a place filled with history. If you’ve exhausted all of the great museums in the city, why not switch things up a bit by taking the time to explore the city’s Roman history? There are various Roman ruins dotted about Paris, from Cluny’s Roman Baths to carved stones and pillars scattered about the place. Make a game of finding as many of them as possible, and you’ll be able to explore all Paris has to offer, while getting to grips with its long and interesting history without having to step foot in a museum.

Spend Some Time with Skeletons

Of course, even if you’ve hit up the most common museums, and you want to try something different, you could visit one of the coolest and most unusual museums in Paris – The Museum of Comparative Anatomy and Palaeontology. This quirky museum is a mine of information regarding the scientific practices of the 1800’s. You’ll see animal skeletons, explore a beautiful botanical garden and find out more about the human body that you really wanted to, but you’ll never be bored. 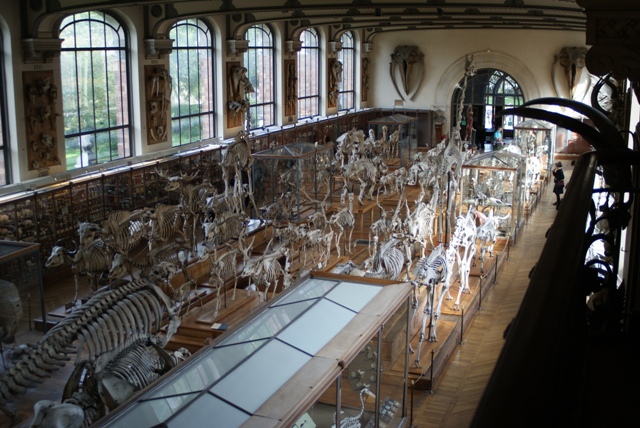 Vandalism to some and contemporary works of art to others, street art and graffiti can be polarizing, but if you love Banksy, and you want to see some free works of art right in the streets of Paris, take yourself to Canal St. Martin, where you can see some fantastic examples of French graffiti, explore some cool and quirky restaurants with great food and mingle with some of the city’s hippest crowds.

Paris is so beautiful and so interesting that simply taking a walk along the Viaduc des Arts and Promenade Plantée is one of the coolest things to do during your time there. The once elevated railway line is now a wonderful spot lined with trees and wildflowers. The track stretches from Bastille to the Bois de Vincennes, taking in Bercy and Gare de Lyon along the way. If you leave the track to continue your walk at street level, you’ll find no shortage of interesting galleries and cute cafes to keep you busy.

If you really want to experience all that Paris has to offer, blend in and life as a fully-fledged Parisian, instead of staying in a typical tourist hotel, why not use My Paris Apartments to book your own Parisian pad for the duration of your stay. You’ll have much more freedom to party; you’ll meet more native Parisians, and you’ll be able to live like a long-term resident if you do.

When it’s summer in Paris and the evening weather is favourable, the left bank of Port St. Bernard is the place to be. From the first of June until August says goodbye, the bank is buzzing with life. You’ll see chic Parisians strolling at leisure, people picnicking and even ballroom dancers perfecting their tango and showing off their sizzling salsa skills. If you want to have one of the most memorable nights of your life – join them.

France is known for its fine dining and delicious dishes, so while you’re in Paris, why not take advantage of that fact by booking yourself onto one of the many excellent cookery courses taught by cordon bleu chefs in the city? You’ll be doing something a bit different, and you’ll be able to blow your friends back home away with your newly acquired skills when you return.

A Night at the Opera

Even if you’ve never watched an opera before and you don’t really think it’s your thing, you should definitely take the opportunity to visit the Palais Garnier while you’re in Paris. The wonderfully opulent opera house with its huge auditorium and grand staircase is a spectacular building in its own right, and it regularly plays host to some of the biggest names in opera. A night there is an experience you’ll never forget, and it might just change your mind about opera too.

You can’t take a trip to Paris without cruising along the River Seine on an open-air boat known as a bateau mouche. I would definitely recommend booking your river excursion for the evening time when Paris is lit up, and you can take some really beautiful photographs of the elegant European city.

Find Something at a Flea Market

The flea markets of Belleville are a hipster’s dream. Off-the-beaten-track, they draw decent crowds who come to look for bargains in a picturesque setting. Whether you’re looking to pick up second-hand records, cool Parisian clothes or authentic French foods, you won’t be disappointed by a trip to Belleville and its flea markets.

If you love a bit of creepy city exploration, you won’t want to leave Paris before you’ve taken the time to explore the Paris Catacombs, which are buried deep beneath the city. Spanning 170 miles, the spooky network of creepy caves and terrifying tunnels are crammed with the bones of almost 6 million dead people, so you have to be a brave traveller to go down there!

If you visit Paris in the Autumn, and you’re lucky enough to be there on Nuit Blanche, you will be able to enter any gallery, cultural institution or museum completely free, because Nuit Blanche is the one night of the year when all of these places are open all night and c completely free to all who seek to use them. Not only that, but the streets of Paris fill up with dancers, performers and artists, who put on a great show for the crowds.

The Arc de Triomphe is an impressive monument which was built to honor Napoleon and the fallen war heroes of Paris. Instead of simply visiting the site of the monument to take a few selfies and get a good look at the impressive architectural feat, why not climb to the top of the Arc de Triomphe’s viewing terrace, where you will be rewarded with stunning panoramic views of Paris below.

If you haven’t already watched Jean Luc Godard’s New Wave masterpiece ‘Breathless’ starring Jean Paul Belmondo and Jean Seberg, I highly recommend that you do so before you visit Paris. Filmed on the famous Champs-Élysées avenue, the extremely cool movie tells the doomed love story of a French criminal and an American student. When you’re in Paris, why not recreate your own ‘Breathless’ by dressing up in your coolest clothes and taking a stroll down the street for a spot of people watching before ending the evening in a cool café or jazz bar?

As you can see, there is much more to Paris than meets the eye. The city is one of the coolest and most intriguing you are ever likely to travel to, which is why  you should try to do at least some of the things on the list, alongside the old favorites like seeing the Eiffel tower and visiting the Paris of Versailles – you’ll have a much more memorable trip if you do. 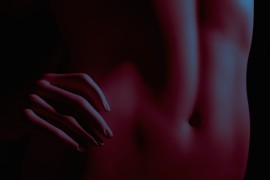 Painful Time Of The Month: Possible Causes
What I would and wouldn’t miss if I lived off the grid 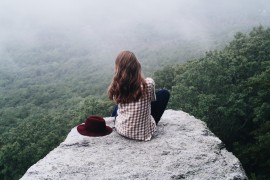